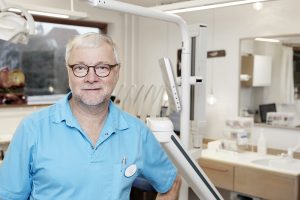 Data published by Public Heath England (PHE) at the beginning of March made for bleak reading.[i]According to the latest figures, nine out of 10 hospital extractions for children aged between 0 and five are due to decay – 12,783 out of a total of 14,545. Although the same report says that children’s oral health is improving overall, if you are a dentist, dental nurse, dental hygienist or dental therapist, working on the frontline of prevention every day, it is hard to look far beyond that extraordinary number. That’s over 12,000 families who had to take their very young child to hospital because of a disease that is entirely preventable.Although an extraction is usually a straightforward operation, a procedure that requires anaesthetic and/or sedation will be upsetting for any parent. It may put the patient off the dentist for a very long time, too.

In its March report, PHE renews its message of encouraging families to swap sugary food and drink for healthier alternatives. Again, it highlights resources developed as part of the Change4Life campaign, including a Food Scanner app to monitor sugar consumption. Change4Life, with its slogan of ‘Eat well, move more, live longer’ was launched in 2009 and is just one of the strategies and action plans the government has put in place to improve the nation’s health and reduce the strain on services. But what are GDPs actually seeing in our communities? We are seeing people who struggle to access NHS dental care and we are also seeing families who are unable to eat regular, nutritious meals.[ii],[iii]

A report from the beginning of 2019 stated that, “Nearly one in five UK children under 15 lives in a home where the parents cannot afford to put food on the table” because of “limited access… due to lack of money or other resources.”[iv]This is known as food insecurity. Also at the start of the year, the Environmental Audit Committee backed these claims, stating that the issue of food insecurity is not only “significant” and “growing” but has been allowed to “fall between the cracks”.[v]

So, how much does it cost to feed a family of four? Or, maybe more importantly, what arefamilies spending their money on? The latest figures from the Office for National Statistics (ONS) showed that the average weekly household expenditure on goods and services, in the financial year ending 2018, was the highest it has been since 2005.[vi]Out of an average weekly spend of £572.60, most of this was on transport, (14.1%) then ‘other expenditure items’ (13.3%) and housing, fuel and power (13.3%), with food and non-alcoholic drinks at 10.6%, or around £60 per week. The rest was made up of things like recreation, alcohol, tobacco and narcotics. Of course, this is ‘average’. What about families hit by unemployment and who have had changes to their benefits? Some of your low-income patients may be on the Universal Credit system, which has barely been out of the news for all the wrong reasons. We must also think about the cost of feeding families who have three or more children.

There is rising food inflation too; the cost of a basket of the 35 most popular items went up by 5% last year to £86.77.[vii] For comparison, the lowest-price, emergency weekly food parcel costs just £17.66; between April and September 2018, food bank network The Trussell Trust provided 658,048 parcels to people in need. That’s a 13% increase on the same period the year before.[viii],[ix]

So-called budget supermarkets are establishing themselves in the market and they often promote themselves as offering a cheaper way for families to adopt a healthier lifestyle. But it’s not just fruit and veg that cost less – everything does, including sugar-laden and high-fat produce. Does healthy food being cheaper mean that people will buy it, if they didn’t before

General dental professionals must do what we can. If some children are consuming 11g of sugar at breakfast alone, we need to talk with parents about cheap, filling and healthy alternatives – they could try a boiled egg, low-sugar beans on toast or porridge. We must get out to schools and nurseries, to spread the word and demonstrate how to brush properly. TANDEX brushes and adjunctive products are functional, user-friendly (children will be able to handle them easily) and effective at removing optimal plaque and food debris.

The sugar crisis may grab the headlines but if people are simply hungrythey aren’t going to use apps to find out how healthy their food is. Tight household budgets, confusion over what are ‘good’ choices, plus problems with access are heaped upon the other social and economic pressures that many families in our communities are facing. If our efforts mean that just one child is saved from needing an extraction, we will be going in the right direction.

[iii]Food insecurity in UK is among the worst in Europe, especially for children, says committee. BMJ 2019; 364:l126.