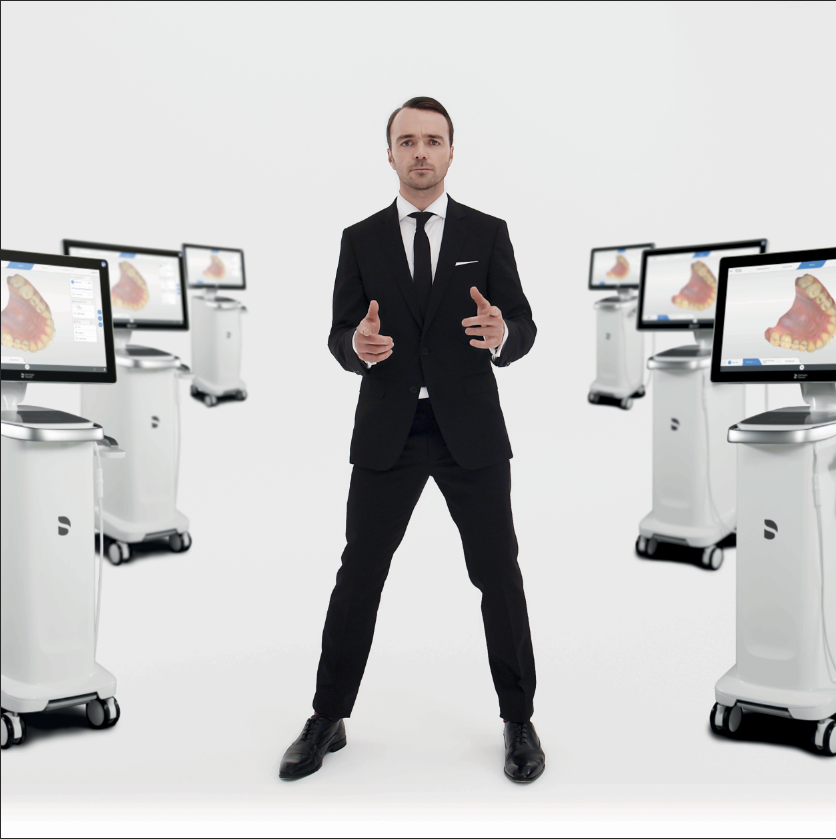 In February of this year, Dentsply Sirona introduced Primescan, a new intraoral scanner that has impressed the dental world with its speed, easy operation, and precise results. The film produced for the market launch of Primescan, which was inspired by “Back to the Future” and “James Bond”, was also a big hit. It earned the Silver Dolphin at this year’s Corporate Media & TV Awards in Cannes. This award is presented annually to the best business and corporate films.

This year, Dentsply Sirona launched the new Primescan intraoral scanner with its completely new digital impression technology that allows high-precision digital impressions to be taken of the entire jaw. Supporting the motto “Enjoy the scan”, a full jaw impression including model calculation is ready in just two or three minutes and can then be assessed immediately on the intuitive touch screen of the imaging unit. Following the scan, the user can decide whether to send the 3D model to a laboratory or another external partner or process it directly in CEREC. Primescan was developed in Bensheim (Germany) where it is also produced and marketed.

Entitled “It’s Prime Time,” the film developed for the launch campaign provided an exciting backdrop for this innovation. The fictional character, Daniel Prime, inspired by James Bond, presents Primescan as a “masterpiece of engineering art” with a mixture of entertainment flare and product information. Produced by LINGNER.COM, the setup impressed dental professionals at the Primescan launch in Frankfurt/Main as well as the expert jury at the Corporate Media & TV Awards, who announced the winners last week in Cannes. Dentsply Sirona was presented the Silver Dolphin in the category “Marketing Films – B2B”, a both coveted and prestigious award.

“We are delighted to receive this award,” remarked Dr. Alexander Völcker, Group Vice President CAD/CAM & Orthodontics at Dentsply Sirona. “We succeeded in introducing a unique product like Primescan to our customers in an exciting and entertaining way. The fact that it was also well received by marketing experts makes us even prouder.”

The Corporate Media & TV Awards Festival in Cannes was established in 2010 by Filmservice International and is now one of the most important international events in the corporate film industry. At this annual festival, the world’s best corporate films, online media productions, and documentaries are honored. This international competition is open to film producers and their customers, agencies, TV stations, and students. The winners receive one of the coveted Dolphin trophies at a stunning event on the Côte d’Azur.