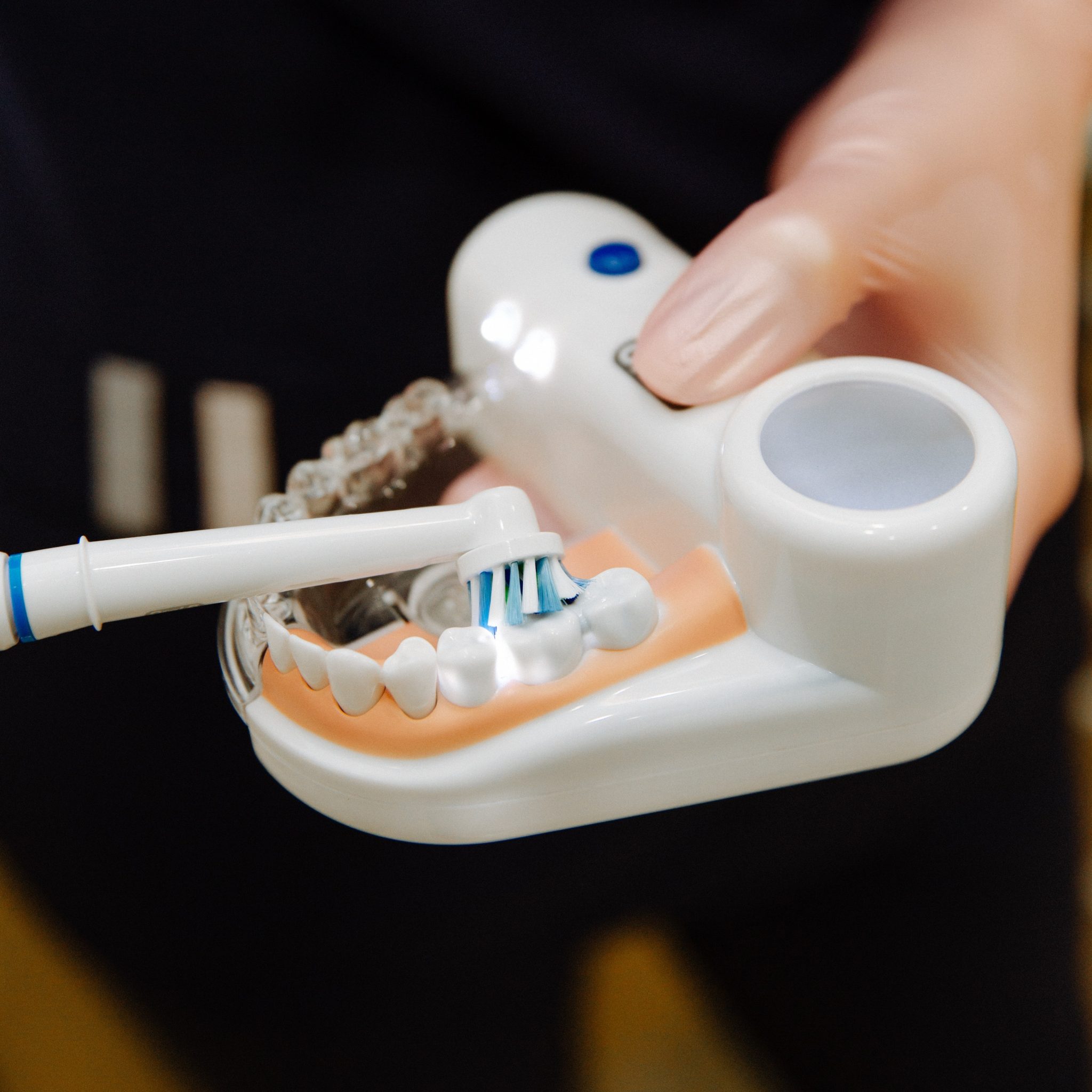 The number of British adults cleaning their teeth with an electric toothbrush has surpassed those using a manual one for the first time, according to the findings of a new nationwide study. The new data shows that nearly 12 million people in the UK have switched to an electric toothbrush over the last five years.

Around two-in-three (67%) adults now use an electric toothbrush – an estimated 34 million people – an increase of 52%. The research has been conducted by the Oral Health Foundation and Oral-B as part of National Smile Month – a charity campaign to raise awareness about the importance of having good oral health.

Dr Nigel Carter OBE, Chief Executive of the Oral Health Foundation, believes as the science behind the advantages of electric toothbrushes mounts, the decision whether to invest in one becomes much easier. “The strong and clear evidence is that electric toothbrushes are better for our oral health. Electric toothbrushes, especially those with heads that rotate in both directions, or ‘oscillating’ heads, are more effective at removing plaque than a manual brush.  This helps keep tooth decay and gum disease at bay.

“As technology has developed, the cost of having an electric toothbrush becomes even more affordable. Battery-powered toothbrushes are available for as little as £10 while electric brushes can be had for as little as £40. Whilst at the other end of the spectrum there are top end power brushes which have all the latest innovations such as artificial intelligence. Given the advantages of electric toothbrushes, having one is an excellent investment and could really benefit the health of your mouth.”

Recent data presented in the Journal of Clinical Periodontology, found that electric toothbrushes led to 22% less gum recession and 18% less tooth decay over the 11-year period.

The charity’s research shows that nearly half (45%) make the switch to electric brushes because they believe it cleans better than a manual brush.  More than one-in-four (27%) invest in an electric toothbrush on the advice of their dentist.

Technology also seems to be a growing trend for why people have moved to electric toothbrushes.  Around one-in-seven (18%) buy an electric toothbrush because of features like in-built timers or that they can be connected to apps which keep a track on how well you are brushing.  Others simply enjoy having it as a gadget.

Eva Castro Perea, Professional & Academic Manager, Oral-B believes new technology has allowed more people to take a greater interest in the health of their mouth. “Over the last five years we have seen tremendous advances in oral healthcare technology.  There are now electric toothbrushes that alert you to areas in the mouth you have missed, or let you know if you are brushing too hard, or not hard enough.  By having new access to your brushing habits and behaviours allows you to be a more effective brusher, which will in turn give you a healthier mouth. Other features such as in-build timers, allow users to track two minutes in a more reliable way.  This is especially important for children and has been shown to be an excellent motivator for them.”

Despite the benefits of using an electric toothbrush, one-in-three (33%) adults in the UK still use a manual toothbrush. Findings from the Oral Health Foundation show that manual brushing is closely related to both age and household income.

The charity says whether you currently use an electric toothbrush or not, it is important that you are following a good oral health routine.

Dr Carter adds: “If you follow a good oral health routine then whether you use a manual or electric toothbrush, you’ll have a healthy mouth either way. That means brushing for two minutes, twice a day, with a fluoride toothpaste.  Brushing should be done last thing at night and at one other time during the day. A daily oral health routine would not be complete without cleaning in between your teeth with floss or interdental brushes and using mouthwash. Both can help to remove plaque bacteria from the mouth and keep your teeth and gums healthy.”

As part of National Smile Month, the Oral Health Foundation and Oral-B are hosting The Great British Brushathon on Wednesday 3 June. The event will ask people to post a video of themselves on social media brushing their teeth. The charity says the activity will help promote the value of tooth brushing and having a healthy smile.