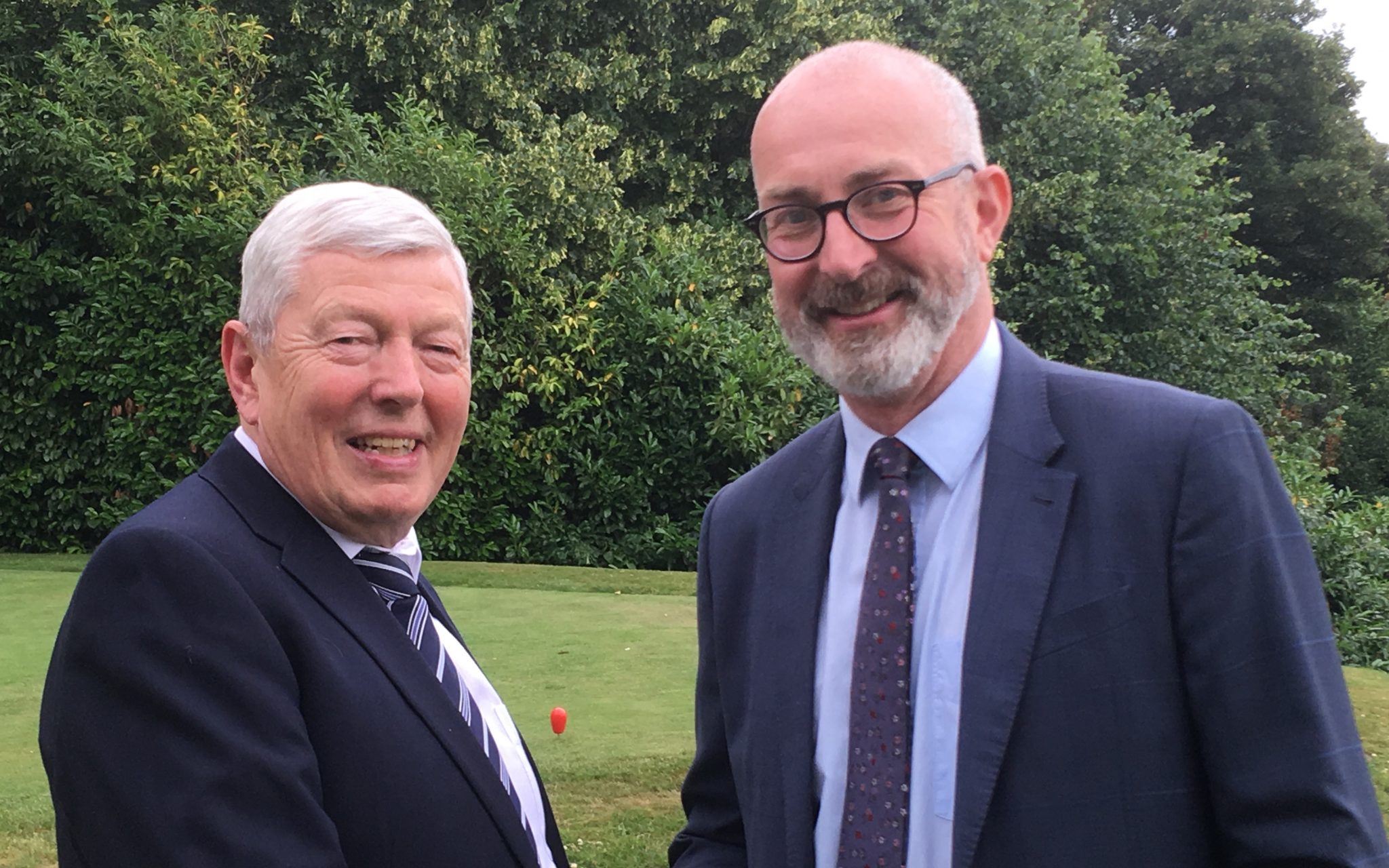 The British Fluoridation Society is delighted to announce that two highly experienced advocates for community water fluoridation are now working with the Society. Alan Johnson, former Labour MP and a Secretary of State for Health, is a Vice President and Barry Cockcroft, the former Chief Dental Officer for England, has joined the BFS council.

The Chair of BFS, Steve Bedser, commented: “Alan joins a long line of high profile social justice campaigners who have added their name to a BFS Vice President role. Both Alan and Barry have a great record as water fluoridation advocates. I am confident that both will be great assets to the society.”

British politician Alan Johnson was for 20 years the Labour MP for Hull West and Hessle where he actively supported the proposal to introduce water fluoridation. The oral health of children in this area is among the worst in England, making water fluoridation a ‘no brainer’ (1) he says. No longer an MP, he remains a champion of targeted water fluoridation both in Hull and nationally. Alan served in both the Blair and Brown Governments and was Secretary of State for Health from 2007-2009. He is now a celebrated author.

Barry worked tirelessly to introduce water fluoridation in Southampton while CDO (2005 – 2015). Supported by the BFS, the BDA and many other organisations, his impeccable campaign was ultimately successful at judicial review. Regrettably, the scheme was not implemented because new legislation – the Health and Social Care Act 2012(1) – was introduced at a critical juncture and abolished Strategic Health Authorities, consigning this important victory to history.

Barry says his commitment to water fluoridation stretches back to the 1970s.  Having been a dental student in Birmingham, where the water was fluoridated in 1964, and then moving to work in Coventry, he was also aware of the oral health benefits bequeathed by fluoride. “The difference was plain to see. It felt wrong that some children were given a much better start in life, simply due to a fluoridation postcode lottery.”

He recalls, as a young dentist, writing to a local paper in Bolton in support of a water fluoridation scheme there. Once established at a dental practice in Rugby, he provided regular general anaesthetic sessions for extractions of severely decayed children’s teeth and witnessed the devastating impact this disease can have. He is aware of how distressing it is for parents to witness their child experiencing extractions. Prevention was always a priority for him and the landmark Delivering Better Oral Health toolkit was commissioned while he was CDO England.

Of his new role on the Council of BFS he commented: “I have always been a fan of water fluoridation and being on the BFS council is a great opportunity to help move forward on this invaluable preventative measure.”

For more information, on BFS: https://bfsweb.org