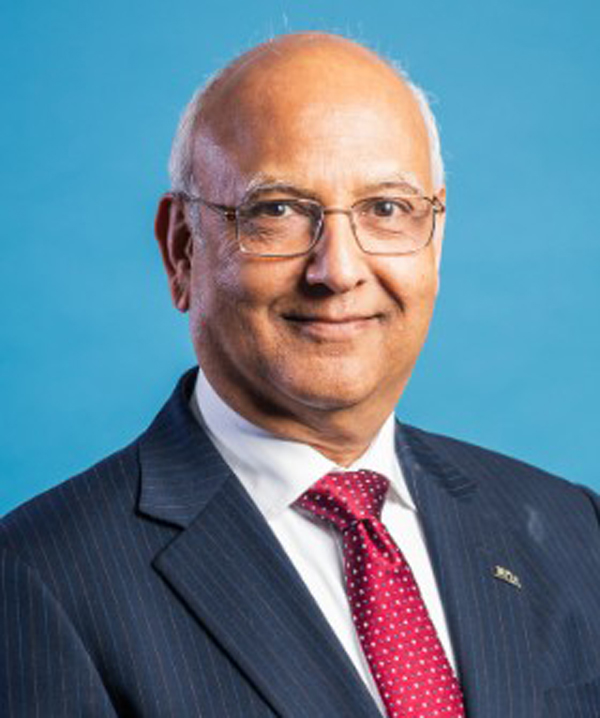 Russ Ladwa, who has held many of the leading roles in UK dentistry, has today taken office as the 134th President of the British Dental Association.

A former Dean of the Faculty of General Dental Practitioners, he has chaired both the Federation of London Local Dental Committees and the Dental Vocational Training Authority, and was a board member of the odontology section of the Royal Society of Medicine before being made its President. In 2012, having been a life-long member of the BDA, Russ was elected to its board, serving until 2019.

Russ qualified as a dentist from the London Hospital Medical College in 1975. He returned from a short spell as a civilian dentist in the US Army to work as an associate in an NHS practice in West London in 1977, buying the practice shortly thereafter.

In the 1980s Russ was involved in establishing the Asian Odontology Group and was a founding member of the Association of Dental Implantology. In 1990, he was one of the first London GDPs appointed as a Postgraduate Dental Tutor, a position he held for 23 years.

Russ Ladwa said: “Clearly the coronavirus pandemic will inevitably loom large over my presidency. So, I am heartened the BDA has stepped up and shown real leadership when it hasn’t always been forthcoming from the authorities. This challenge, huge as it is, will dominate, but not define my term of office.

“Yes, we have a responsibility to meet this threat head on, but we cannot shirk the other challenges we face. My predecessor, Roz McMullan, put mental health and wellbeing at the forefront of our agenda. She has my heartfelt thanks. In these uncertain times, the foundations she has laid are needed more than ever and will be built upon.

“And there is the task ahead to help this Association look more like the profession it serves. I have always believed in the mantra that any post should be won on merit alone, with equal opportunities afforded to all.  I am equally clear that every dentist requires strong role models to aspire to. They should be able to see themselves in the BDA, if they are to take part, to grow and even lead a strong membership organisation, such as ours.

“So, the underrepresentation of women across the BDA seriously concerns me just as much as the profession-wide under-representation of Black, Asian and other minority dentists. Democracy sometimes has to be helped along. As half the profession and half of our membership, the case for women to be better represented is undeniable. I am glad that this is being currently addressed positively and I promise to do all I can, during my term, to support their cause.

“I know many colleagues now face an uncertain future. Oral health inequalities we’ve struggled with for so long look set to widen. Prevention looks less attainable than ever. But a pandemic isn’t the time to step away from these challenges. It’s the moment to confront them head on.

“I pledge to be a listening President for all our members, regardless of their background, specialty, or discipline. In these trying times we are stronger together.”