Gum inflammation – when and how to intervene to prevent disease 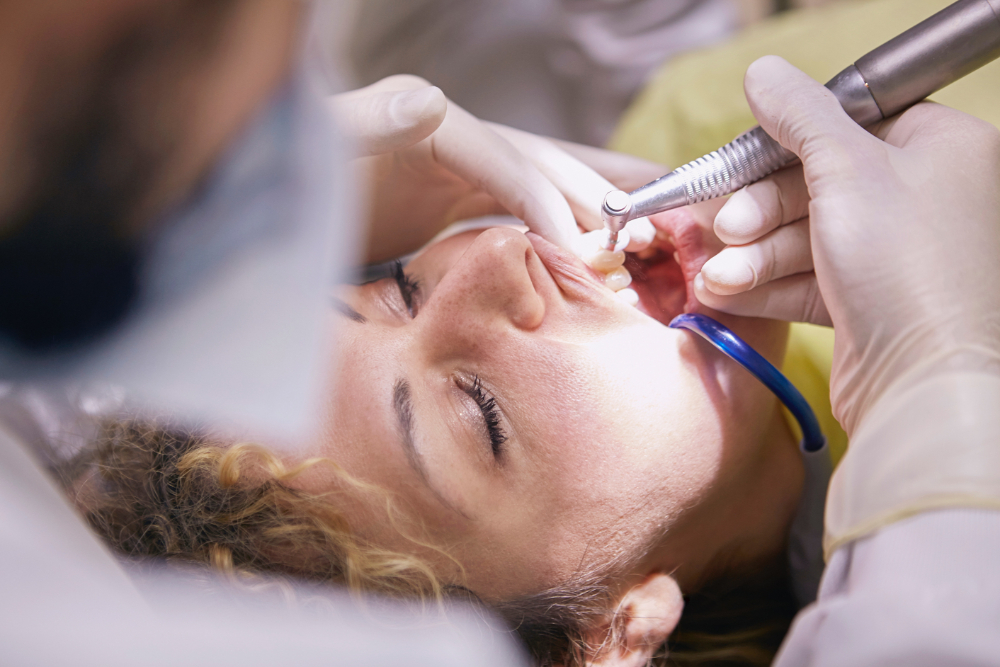 This article explores the periodontal disease process, as well as how to use the BPE to best effect and what sort of preventive regimen may support patients with their at-home efforts.

Brought to you by Johnson & Johnson Ltd., the makers of LISTERINE®.

Gingivitis and periodontitis are a continuum of the same inflammatory disease. However, it does not follow that gingivitis will always progress to periodontitis.1

Rather, it is considered that: ‘The weight of the evidence indicates that the prevention of gingival inflammation prevents periodontitis’.1

Plaque control is at the heart of tackling the periodontal disease challenge, as stated by Chapple and colleagues (2015), ‘[…] the most important risk factor for periodontitis is the accumulation of a plaque biofilm at and below the gingival margin, within which dysbiosis develops and is associated with an inappropriate and destructive host inflammatory immune response. Plaque removal and/or control is therefore fundamentally important in the prevention of periodontal diseases.’2

At the 2017 World Workshop on the Classification of Periodontal and Peri‐Implant Diseases and Conditions, working group 1 classified gingival heath and gingival conditions, as well as creating a summary table of diagnostic features for defining oral health and gingivitis in a number of clinical situations.3

The group concluded that there are four levels of periodontal health:4

1. Pristine periodontal health, with a structurally sound and uninflamed periodontium

They also wrote: ‘The reliability and reproducibility of any case definition for health, gingival or periodontal conditions relies upon standardization of probing protocols, which is only possible with the implementation of an ISO probe. The current International Organization for Standardization (ISO) for periodontal probes is – ISO 21672, but requires updating in order to define the features of a global standard periodontal probe. These characteristics are:

Guidance suggests that a WHO periodontal probe, which has a ball-shaped tip 0.5mm in diameter and a narrow shaft marked with black a line between 3.5mm and 5.5mm from the tip, is used to record a patient’s BPE. Some probes also have a black band between 8.5mm and 11.5mm.7

To record the BPE for adults:5

2. All teeth in each sextant are examined, except for 3rd molars (unless the 1st and / or 2nd molar(s) is / are missing). For a sextant to qualify for examination, at least two natural teeth must be present.

3. The probe is ‘walked’ around the pockets / sulcus in all qualifying sextants, with the clinician recording the highest score in each. A light probing force of 20-25g should be used.

It is important to note that where a BPE score of 4 is recorded, all areas in the sextant should be examined, to ensure furcation involvements are not overlooked and to gain a better understanding of the patient’s periodontal health.5

The BSP’s guidance indicates that BPE codes should be scored as follows:5

Code 0 – no need for periodontal treatment

Code 4 – provide oral hygiene instruction and perform root surface debridement where required. In addition, assess the need for more involved treatment, for which a referral may be appropriate

* – Treat in line with BPE codes 1 to 4, as well as assessing the need to perform more complex dentistry, perhaps via a referral. (No treatment needed for code 0.)

Tonetti and colleagues (2015) wrote that taking action upon the diagnosis of gingivitis is important because: ‘Gingivitis and periodontitis are inflammatory conditions caused by the formation and persistence of microbial biofilms on the hard, nonshedding surfaces of teeth. Gingivitis is the first manifestation of the inflammatory response to the biofilm. It is reversible (i.e. if the biofilm is disrupted gingivitis resolves), but if biofilms persist gingivitis becomes chronic. In some subjects, chronic gingivitis progresses to periodontitis.’8

Therefore, if gingivitis is not resolved in a patient, it may develop into the irreversible, more destructive periodontitis: ‘Primary prevention of gingivitis aims to avoid the development of more severe and widespread forms of gingivitis that may ultimately convert to periodontitis.’8

When a BPE of 1 is recorded and a diagnosis of gingivitis consequently made by the dentist: ‘Professional OHI [oral health instruction] should be provided to reduce plaque and gingivitis. Re-enforcement of OHI may provide additional benefits.’2

Tooth brushing is recommended to reduce plaque levels.2 Adding to this, the FDI’s 2018 ‘White Paper on Prevention and Management of Periodontal Diseases for Oral Health and General Health’ suggests: ‘The additional use of flosses and/or interdental brushes is essential for removal of interdental plaque. In addition, according to the Guidelines for Effective Prevention of Periodontal Diseases produced by the EFP (2015), some specific mouth rinses offer benefit in the management and prevention of gingivitis, as do certain chemical agents in dentifrices as an adjunct to mechanical plaque removal.9

Interdental cleaning, therefore, is another crucial aspect of a patient’s at-home regimen, as it is, ‘… essential in order to maintain interproximal gingival health…’.2

The use of a mouthwash as an adjunct may also help patients struggling to control plaque with mechanical methods alone. To this end, Chapple and colleagues (2015) wrote, ‘… where improvements in plaque control are required, adjunctive use of antiplaque chemical agents may be considered.’2

Indeed, an updated evidence base reaffirms the role of mouthwash in gum health.10

In 2019, Figuero and colleagues conducted a systematic review and meta-analysis exploring the adjunctive use of 11 different mouth rinse formulations.10

They also came to the conclusion that, ‘… despite the high variability in the number of studies comparing each active agent and the different risks of bias, CHX [chlorhexidine] and EOs [essential oils], in mouthrinses appeared to be the most effective active agents for plaque … control.’10

In addition, the Figuero and colleagues’ (2019) outcomes add to the pre-existing evidence base presented by Araujo and colleagues (2015), which was the first meta-analysis to demonstrate the clinically significant, site-specific benefit of adjunctive essential oil mouthwash in people within a 6-month period (that is, between dental visits).11

It has been demonstrated that when used as an adjunct to mechanical cleaning, LISTERINE® Total Care, an essential oil mouthwash, manages plaque levels, to help prevent gingivitis.12

LISTERINE® Advanced Defence Gum Treatment is a twice-daily mouthwash clinically proven to treat gingivitis as an adjunct to mechanical cleaning.13

It is formulated with unique LAE (Ethyl Lauroyl Arginate) technology that forms a physical coating on the pellicle to prevent bacteria attaching, and so interrupts biofilm formation. When used after brushing, it helps to treat gingivitis as demonstrated by the reduction of bleeding by 50.9% (p<0.001) in just 4 weeks.13

3. Chapple ILC et al. Periodontal health and gingival diseases and conditions on an intact and a reduced periodontium: Consensus report of workgroup 1 of the 2017 World Workshop on the Classification of Periodontal and Peri‐Implant Diseases and Conditions. J Clin Periodontol. 2018; 45(Suppl 20): S68-S77

4. Proceedings of ground-breaking World Workshop on new classification are published.