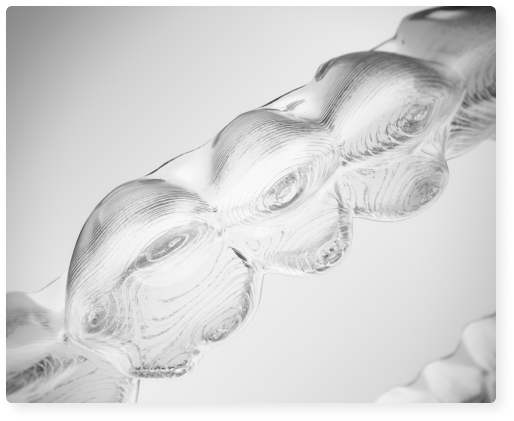 Align Technology recently announced the commercial availability of Invisalign G8 with SmartForce Aligner Activation, the company’s latest innovations. Invisalign G8 is informed by the company’s foundational biomechanics for clear aligners, with a database of more than 9 million Invisalign patients to optimise tooth movements and further improve predictability for frequently treated cases of crowding, crossbite, and deep bite. The company previously announced that Invisalign G8 would be available in the first quarter of 2021.

With SmartForce Aligner Activation, selected areas of the aligner surface are specifically contoured to apply optimal forces to the tooth surfaces in order to control the location, direction and intensity of the force and produce the desired outcome, whilst minimising unwanted movement. Specific, strategic contact areas between the aligner and the tooth are created by SmartForce Aligner Activation and work in concert with SmartForce features for even greater control of the force systems.

The benefits of force vs displacement

Commenting on the introduction of Invisalign G8, Dr Andrew Morton, who piloted the system in advance of its general release, advised: “I feel a lot more confident that I will be able to resolve complex malocclusions, and avoid some of the issues we faced previously. Until the introduction of the latest Invisalign G8 features, patients being treated with clear aligners could be left with posterior open bites, requiring refinement, but presently, we can cope with these during the course of their treatment. When tackling arch expansion with aligners, one is often faced with molars tipping and we can control these with no problem now”.

He added: “I am more confident to treat more complex cases as G8 irons out many worries with complications. Align keeps innovating and investing in research. As a result, the scope of our orthodontic care is increasing. I am really impressed with Align Technology’s new innovations and very happy with these perpetual advances.”

To summarise the new G8 features:

For crowding and crossbite cases:

Invisalign G8 with new SmartForce Aligner Activation ensures sufficient and consistent activation in every aligner stage to help doctors get more of the desired movements from every aligner in the treatment of crowding, crossbite, and deep bite. For more information please visit www.invisalign.com/G8.

You can also view videos about G8 by the two general managers for the Invisalign business in the UK and Ireland: