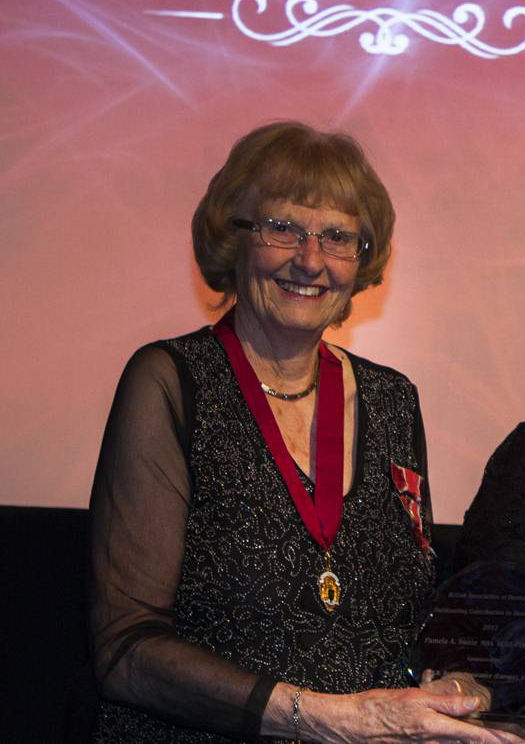 The sad news reached us late last week that Dame Margaret Seward, a true pioneer and trailblazer within the British dental sector, had passed away. The legacy she leaves behind is simply phenomenal.

Born in Weymouth, Margaret graduated from The London Hospital as a dentist. She would go on to be presented responsibility for the dental unit at Highlands Hospital in North London, treating long-stay patients whose plight was captured in the film Awakenings starring Robert de Niro.

Margaret later became editor of the British Dental Journal and restructured the title over the course of 13 years – from 1979-1992 – to become more relevant for general practitioners. She also spent a decade as editor of the World Dental Federation’s publication, the International Dental Journal.

In 1994, Margaret was honoured with a CBE. Five years later, in 1999, she not only retired from the GDC, but was issued with a DBE, becoming the First Dame of Dentistry. And she wasn’t done yet, as in the year 2000, Dame Margaret Seward was headhunted by the Department of Health to look at modernising NHS dentistry as Chief Dental Officer for England.

In 2004, Margaret was presented with the Lifetime Achievement Award at The Dental Awards.

Outside of dentistry, Dame Margaret Seward was happily married to Professor Gordon Seward CBE and, together, they raised a daughter and son.

GDC Chief Executive and Registrar, Ian Brack, said: “We were saddened to hear the news that Dame Margaret Seward has passed away. As a past President of the GDC Council from 1994 to 1999, she was a leading figure in dentistry and inspired many dental professionals who are no doubt practising today. We send our thoughts to her family.”

“Words cannot express the depth and breadth of Margaret Seward’s contribution to this profession,” said BDA Chair Eddie Crouch. “The first female Chief Dental Officer, our second female president. From the BDJ to the GDC hers was a career like no other, as a dentist who inspired every colleague she met. On her ascendency to the presidency she told BDA members that a profession which has forgotten its past can have no future. We can never forget Margaret, and the future for all dentists is brightened by every glass ceiling she smashed.”

During her time as GDC President, Dame Margaret worked closely with the British Association of Dental Nurses, of which she was an Honorary Life Member, supporting the campaign for registration of dental nurses as well as their recognition as dental professionals and valued members of the dental team. Paula Sleight, BADN President from 1995-1997, and Pat Harle MBE, BADN President from 1999-2001, both remember her fondly.

“We worked together on the Teamwork Initiative,” Paula recalled. “Margaret placed a great deal of emphasis on the entire dental team and that, of course, included dental nurses.

“Although she was incredibly career-driven, Margaret was genuinely interested in people and very welcoming. She had a fantastic smile. And, having reached several positions of power, she remained incredibly helpful to other women in industry.”

“Dame Margaret was an inspiration to so many in dentistry and one of the first to recognise the contribution of all members of the dental team,” added Pat. “She chaired the GDC Dental Auxiliaries Working Group, which lead to the recommendation of statutory registration for Dental Care Professionals. As a member of that Group, and someone who worked closely with Dame Margaret, I salute her vision, work and commitment in ensuring a modernised national oral health care service.

“On a personal level, I very much enjoyed working with Dame Margaret, appreciated her sense of humour, and admired her energy, determination and vision.”

On behalf of everyone at The Probe, we remember and revere Dame Margaret Seward. Our thoughts remain with her family.